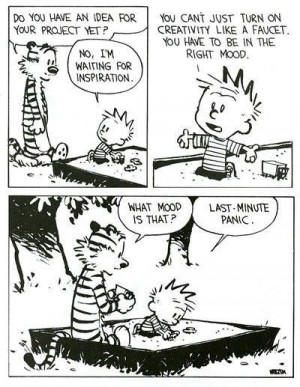 Amazon has a lot of good things going for it, and one feature that I use often is the customer reviews. Standing in a brick-and-mortar store and comparing two products side by side, it’s often hard to tell which is going to do the best job of meeting your needs.  If, however, you can access the experiences and advice of people who have purchased and used each product before, you’re much more likely to be confident of choosing the right one for you.  Many retail websites offer customer reviews, but it’s the big players like Wal-Mart and Amazon who have a large enough customer base to get lots of reviews, numbering in the thousands on some products, giving potential buyers a meaningful and well-rounded picture of how satisfactory the product is.  A product with 200+ reviews averaging 4.5 stars is much more attractive to me than one with a perfect 5-star rating based on only three reviews.  Unfortunately, on those less-frequently-reviewed items, ratings can be badly skewed up or down either by someone’s unscrupulous manipulation or by people’s genuine ignorance of how to properly participate in the system.  Believe it or not, there are people out there who sell positive reviews to Amazon vendors, propping up bad products by overwhelming the accurate negative reviews with positive hogwash.  And maybe some people have other reasons for giving tons of utterly worthless 5-star reviews, I don’t know.  But it’s disheartening to see someone like this—assuming it’s even an actual person rather than a bot—clumsily abusing the customer review system and yet somehow getting an 86% ‘helpful’ rating along the way:

Meanwhile, some of the most annoying and least helpful reviews on Amazon are those in which the writer uses the *product* review page to gripe about a problem with shipping or other issues unconnected to the quality of the item for sale.  As an Amazon Marketplace seller, I’ve experienced the reverse situation – I received a mediocre review because the idiot buyer didn’t enjoy the used software I sold them, even though they freely acknowledged that I had described it accurately and shipped it quickly.

I don’t know any way to fix these crummy reviewers, but I do know we shouldn’t be adding to the problem by leaving gushing, insubstantial reviews for our friends’ books.  Wanting to help out a friend or family member by leaving them a good review is a laudable instinct, but there’s a right way to go about it, assuming you really want to help them.  Some things to remember:

1.) Leaving a review does matter.  Not only do other customers actually read reviews and have their purchasing decisions influenced by them, but Amazon itself uses the reviews to choose what products to highlight.  There are certain threshold numbers of reviews that trigger Amazon’s algorithms for featuring or recommending a given product on the pages of complementary and/or competing items.  You know those little lists that say “Customers who viewed this item also looked at…” or “Customers frequently bought this item with…”?  The number of reviews influences the likelihood of that happening with your friend’s product.  Another reason good reviews matter is that many of us will sort our search results in descending order by customer rating, meaning that the highly-rated items will be featured most prominently on the page and be more likely to get our attention.

2.) Base your review on an actual use of the product.  In other words, don’t post a 5-star review of a book you haven’t read (or a 1-star review, for that matter).   I shouldn’t even have to say that, but I do.  One recurring trend I’ve noticed on Amazon is the posting of reviews for highly-anticipated products that are still in the pre-order stage; you have a glut of customers who want to express an opinion on a product even though it is literally impossible for them to have had any experience with it.  This dilutes the real reviews that come afterward and undermines the usefulness of the system as a whole.

3.) Nobody cares that you know the author.  If you are a friend or family member, there’s nothing to be gained by mentioning that.  If the author is already well-known, this will just come across as name-dropping; if (in the more likely scenario) the author is an unknown, it just seems pathetic.  A 5-star star review that says something that amounts to “Great job, sweetie!  Your dad and I are so proud of you!” is worse than no review at all.  The fact that your mom likes you and thinks it’s super neato that you wrote a book is NOT a convincing reason for me to purchase your work.  In fact, the presence of such a review will make me suspicious about the other positive reviews you have—I’ll wonder if they’re written by your cousins who are simply less lame at concealing their bias. If you’re going to review a book, REVIEW THE BOOK.  Don’t tell me what a great person the author is.

4.) Make an effort to use decent spelling and grammar.  Nobody is going to give you a grade on it, but a badly written positive review (e.g.,“if u dont like this book your a looser lol”) can actually reflect poorly on the book itself.

5.) Give a fair review of the material.  If you think it’s only a 4-star book, give it four stars—your review should give the author fair feedback, and give potential buyers your honest recommendation.  If you really hated it, feel free to give a low rating, but at least provide reasons for your dissatisfaction (see the next point).

6.) Be specific and substantive.  What would you want to know before spending money on a book by an unknown author?  Talk about the quality of the writing.  Talk about whether you found the story or character arcs interesting.  Talk about memorable scenes, or mention similar better-known works by way of comparison.  Don’t post spoilers, but feel free to comment in general terms (e.g., “the ending was pretty predictable”).  Does the work seem to have been properly edited and proofread?  If it’s targeted at a particular audience—kids, for instance—address how well you think it connects with them, or whether your own kids enjoyed it.  Mention things that might turn off certain readers—profanity, political slants, stereotypical characters, poor pacing, gimmicks, ‘Mary Sue’ protagonists, etc.